Depression after childbirth can continue for up to three years

A new study on the condition found approximately 1 in 4 women experience high levels of depressive symptoms at some point in the three years after giving birth. [The full study appeared in the journal Pediatrics]

“Our study indicates that six months may not be long enough to gauge depressive symptoms,” said Diane Putnick, Ph.D., “These long-term data are key to improving our understanding of mom’s mental health, which we know is critical to her child’s wellbeing and development.”

United States of Healthcare met with Diane Putnick, Ph.D., a staff scientist at the National Institutes of Child Health and Human Development (NICHD) and the lead scientist of the study, to learn more about the results and what they might mean for new mothers.

Tell us about Upstate Kids and the idea behind the study

Upstate Kids is a cohort study of children born between 2008 and 2010. The idea behind Upstate Kids is to follow the wellbeing and health of children after they are born. It’s also designed to assess child development and maternal well being—one of those things being depression. I became interested in maternal depression because there aren’t that many studies that really track depression over time.

In 2019 the American Academy of Pediatrics (AAP) said they wanted pediatricians to start screening mothers for depression at their children’s well visits. Before 2019, there were no recommendations for screening at pediatric visits.  There is a recommendation by the American College of Gynecologists and Obstetricians to do a single postnatal screening at that first comprehensive checkup after birth. But it is a single screening.

When the AAP recommended screening for up to six months, that was a great step forward. Also, we had these data from the Upstate Kids study, where we repeated screening of maternal depression with the same group over time. I wanted to characterize the groups. Some mothers never have any depression, and then some mothers have high levels of depression and stay depressed. However, other mothers are different as they start out depressed and get better; or they start not depressed and worsen. So being able to describe the varied experiences of mothers in the post-term was very important to me.

There is a significant gap in the continuity of care between 6 months and three years. Why do you think that is, and what can we do differently?

I think it is partly because the mother is not the pediatrician’s patient. The child is the patient. The pediatricians usually don’t have access to the mother’s medical record. So, there are some barriers there. The problem with putting it on obstetricians and gynecologists (OBGYN) is that there is only one visit in the post-term period unless something goes wrong. If the mother has a complicated post-term, then they might see the OBGYN more often. Otherwise, you get this one visit in that first year. So, the OBGYN only has one shot at identifying depression (postpartum) and recommending treatment.

The AAP added their own screening recommendations for postpartum depression to fill the gap since they see the moms at the well-child visits. (There are about four well-child visits where this screening takes place). Our study showed that you might want to screen for longer than six months. In the first six months after birth, it is tough to tell where the mother’s going. So, if the mom has high levels of depression at six months, her symptoms could get better over time or stay high. And if she has low levels of depression, her symptoms might remain low, or they might get worse.

What if the screening period were longer?

So, having that six-month cutoff makes it hard to tell. If the screening period were longer, it would give the pediatrician more opportunities to approach the woman and say: “hey, I’m noticing you’re still depressed. Maybe we should really do something about this now.” Many women feel like they’re going to get better naturally. “Oh, it’s just that I’m not sleeping,” or “Oh, it’s just that I have no time for myself” or “My baby cries all the time” or whatever it is.

Protip: for additional resources and information on depression and pregnancy, check out the National Institute of Mental Health, which provides detailed information about symptoms, treatment options, and ways to find help.
So, a lot of women don’t seek that care right away. Having a more extended screening period, you have another opportunity for that pediatrician to say: ‘Let’s look at your low mood one more time. Maybe we should do something about this now.’

What would you recommend to mothers right now based on these findings? What, if anything, can they do to advocate for themselves?

It’s important that mothers know there are these different trajectories. Some women stay depressed for a long time after childbirth. There’s this perception that they will get better over time. ‘I just have the Baby Blues, and it’ll go away; just give it time.’

So, it’s important to know that there are about 4.5% of mothers who stayed persistently depressed for three years in our study. Knowing that’s a possibility is essential. I think it’s also vital for partners to check on their wives and to advocate for them. When we are depressed, it’s tough to do anything. One of the symptoms of depression is general fatigue and malaise. You feel like you can’t get out of bed in the morning. So, having a partner say: “Hey, I’m really worried about you, or maybe we should talk to somebody about this.” or “it’s been a while. Let’s get some help for you.” A partner’s intervention is critical.

In this study, what was the percentage of women that had depressive symptoms?

How can women self-advocate in the area of maternal health, specifically postpartum depression?

It’s vital to be an informed patient. Go to your appointment clear about what you need and advocate for those needs. When it comes to behavioral and mental health, I think many doctors are uncomfortable with screening because it’s not where their central focus or training is. It’s essential to have the conversation, whether with the pediatrician or your PCP, or OBGYN. Be direct and say, “Hey, I feel bad. How can I feel better.” Be direct.

Protip: If you are concerned about depression after childbirth, Mental Health America website provides a self-screening assessment for postpartum depression. Take the test, and you will get a score and interpretation, which you can bring to the next doctor’s appointment.

You can read more and watch a video of Dr. Putnick summarizing the results here.

You can find The NICHD press release here.

SHARE THIS POST
← Preparing for Elective Surgery: A How-To Guide for Before & AfterPreparing for Surgery: How to ensure your Electronic Medical Record (EMR) is accurate → 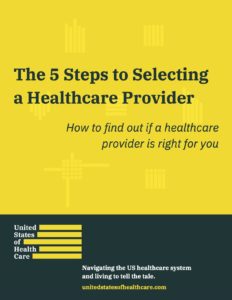